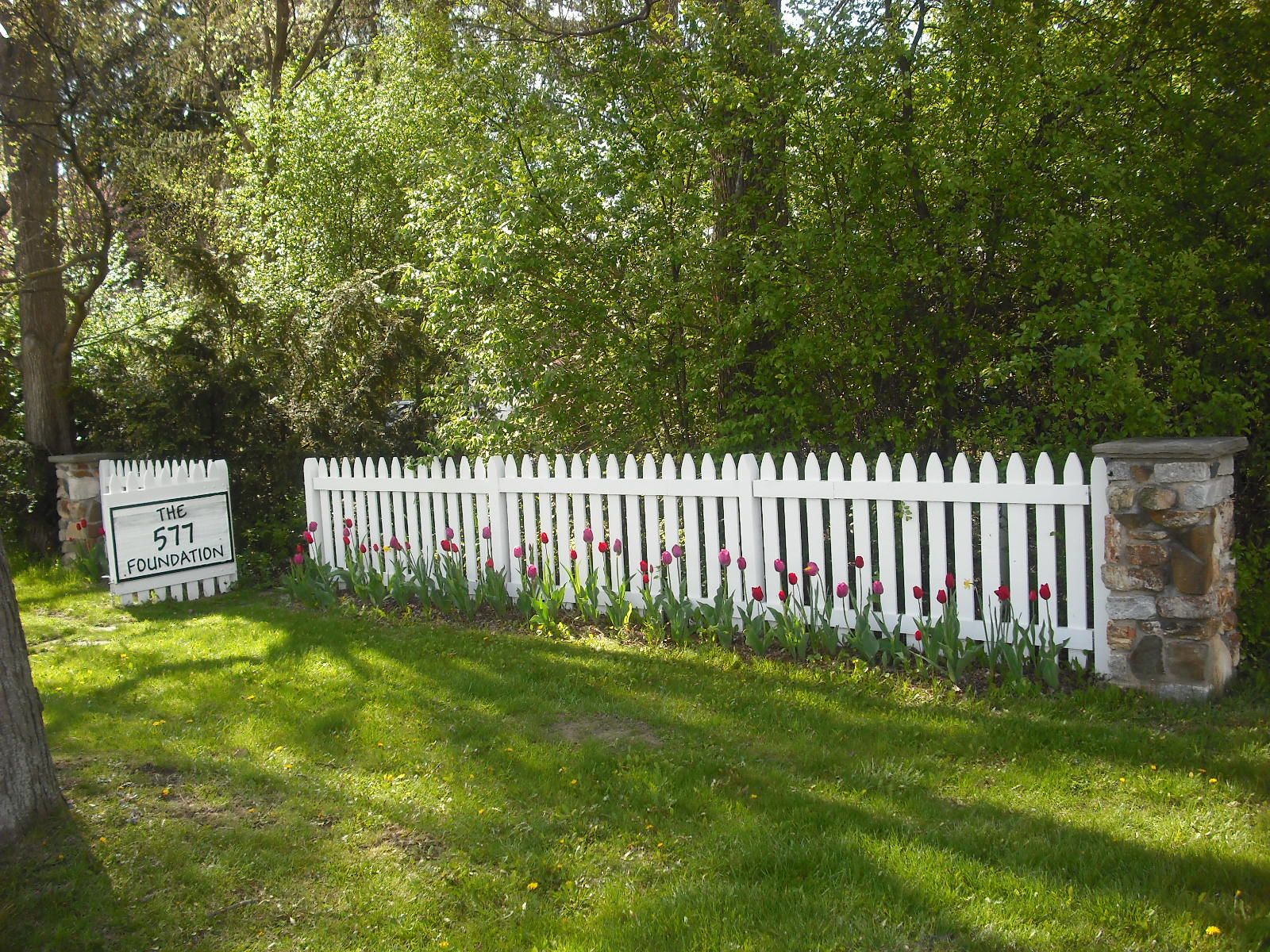 Virginia loved her home at 577 East Front Street, often called Virginia’s Folly by those who knew her. As her children moved away from the property and the riverfront estates around her began to be subdivided or demolished for housing developments and condo complexes, she knew she wanted to protect and keep this little corner of Perrysburg green.

Virginia spent nine very heartfelt, spunky years here before she died in 1997 at the age of 90. Visitors would often see Virginia riding around the property in her golf cart. When they would ask her “what is this place?”, she would say “What do you want it to be?”

During those nine years, the 12 acres were reimagined and shaped by the community.

This is just a snapshot of the many exciting developments:

1989: The pottery program was established in what was formerly the Cow Barn, now a pottery studio. The Geodesic Dome was built. An Eagle Scout group created the River Walk that gives visitors access to the Maumee River. The Bee Yard and observation beehive were introduced. The first book fair was hosted in the barn area with Maumee Valley Country Day School.

1990: Ten theme gardens were created, and composting began on the grounds.

1991: The Bird Blind was built, and a full-time horticulturist joined the small staff.

1992: Staff offices were created in the old horse stalls.

1994: The old workshop was converted into a meeting space for small groups. The theme gardens expanded to 50!

1996: The first mission statement was adopted, and the Solar Cell display was designed.

1997: Did’s Dig was established. The fence logo was adopted. An organic garden club was developed. The Catenary Arch Kiln was built.

In 1997, Virginia Secor Stranahan passed away just a few months shy of her 91st birthday. Upon her death, her house and the estate were donated to The 577 Foundation.

Through Virginia’s vision, 577 continued – what she called her “Gift to the City”. As she had hoped, the land continued to be molded by the community.

In 1998, a new river walk was cleared, and the Black Swamp Conservancy officially took on the conservation easement ensuring a large portion of the property would stay undeveloped and green in perpetuity. In 1999, Virginia’s House was renovated for community meetings and would one day host classes.

The 2000s saw continued growth at 577 with the Theme Gardens redesigned into Community Gardens in 2001. During the same year, the orchard was revitalized, and the Tree Tour and Nature Scavenger Hunt were developed. In 2002, the Hosta and Day Lily Society donated resources to create a shade garden. Work began on the Children’s Garden in 2003, and in 2004 students from Perrysburg High School helped 577 develop a website.

The pottery program continued to grow, and the types of classes offered continued to expand. In 2008, 577 hosted a Fiber Art Show – a first-time event for the Perrysburg arts area. Over the last few years, the StoryWalk was introduced with the Black Swamp Conservancy. A garden kaleidoscope was installed to honor the memory of 30-year board member and composting proponent Clint Mauk. The Flutter Hut was established with the help of a gift from the Perrysburg Garden Club.

Conservation and education continued to be important with the development and installation of a Solar Energy Educational touch screen kiosk thanks to a grant from the FirstEnergy Foundation. In 2018, 577 co-sponsored a documentary film with Black Swamp Conservancy, Partners for Clean Streams and the Ohio Department of Natural Resources: “Call of the Scenic River: An Ohio Journey.” That same year, Owens Community College students helped us install a new solar display.

“The 577 Foundation is a work of art being molded by the community.”

As 577 approached 2020 with excitement for what a new decade would bring, no one knew we would all soon be navigating a pandemic.

The pandemic forced us to look at the highest needs of the community and prioritize what they would need during this difficult and uncertain time. During this time, staff focused on: Beautifying the grounds for everyone to have a safe, gorgeous outdoor place to walk and get out of the house. Keeping the Community Gardens strong with food production for us to donate to local food banks. Experimenting with ways to adjust our programming to make it safest during a pandemic such as remote instruction, videos, and outdoor programs. Keeping the 577 Foundation strong, financially, and operationally.

Thanks to the dedicated staff, board members, volunteers, friends, and the community, 577 accomplished those goals and has emerged stronger from this pandemic and with a renewed focus.

577 Blog: Join us as we share first-hand news, knowledge, fun facts, history, and more from 577 staff.

If there is something you’d like to see, please email us at hello@577foundation.org. 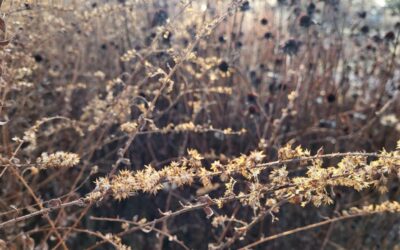 The Power of Plants to Sustain

Here at 577, we believe in the power of plants to sustain, whether it is vegetables and fruits for humans, or seeds, pollen, nectar, and shelter for... 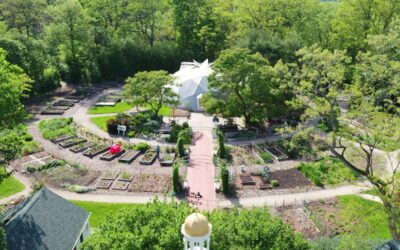 With summer just around the corner, we are looking to hire an eager summer staff member to keep The 577 Foundation beautiful and welcoming. This... 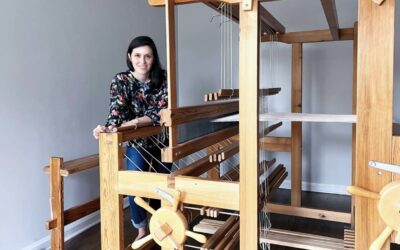 Say Hello to Ellen! Ellen Seeburger is a fiber artist who enjoys weaving, embroidery, and fabric printing. She studied textiles at a traditional...